Today we are releasing a new version of NChart3D with user requested features. The full changelog includes a few new APIs, stationary lines, improvements of brush scale and surface drawing.

We have added static lines which are tied to the screen and doesn’t move with the chart. There’s also the API to query values under those lines.

This update includes some other new APIs as well. The API to override global value axes mode for certain series gives the ability to combine the additively drawn diagrams with absolute scale charts. Below you can see an example, there the columns are additive, and lines are in absolute values. 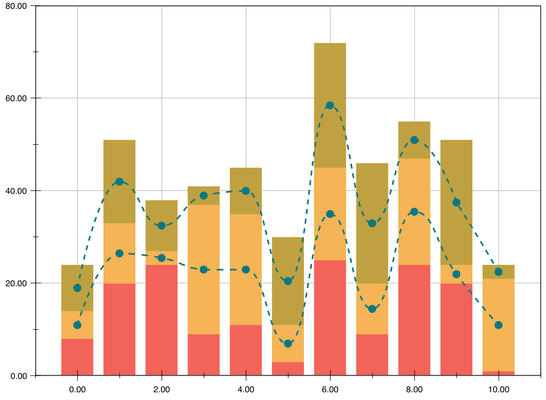 Next, the API to switch off legend interactions. In NChart3D the legend scrolls by default. But now the scroll can be disabled.

The figure below shows how the API to flip value axes works. On the left side of the picture the axis goes from the bottom to the top, and vice versa on the right side of it. 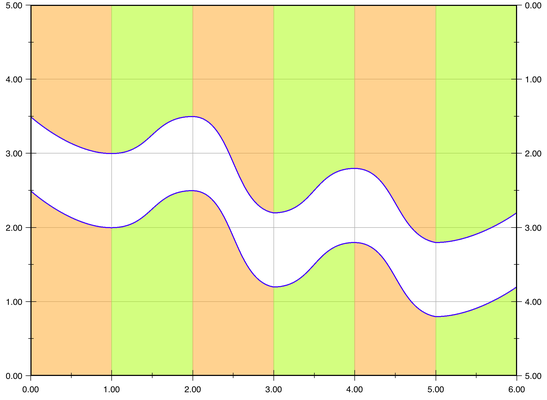 The API to stop the chart at its center enables the option to spring the chart from the center, not from the edges. We have also improved the brush scale in area series that will make the coloring of the charts better.

Finally we have implemented the gaps filling algorithm. Sometimes there is not enough data in the surface. In the previous versions of the framework the blank spaces on the chart were drawn. Now there is an option to fill data gaps automatically.

It is worth mentioning that since 2.12 we no longer support the NChart3D for the Universal Windows Platform. From now on NChart3D is available for iOS, Android, macOS, and tvOS.

The full changelog for NCHart3D version 2.12 is below.
- Static lines: stationary lines drawn across the chart in given position and API to query chart values under them;
- API to override global value axes mode for certain series;
- API to switch off legend interactions;
- API to flip value axes;
- API to stop the chart at its center;
- Improvement of brush scale in area series;
- Improvement of surface drawing: gaps filling algorithm;
- Discontinued support for UWP.

The NChart3D framework is available with various license models starting at 499 USD. The trial version is free for 30 days. A new version of NChart3D is already available on our website: